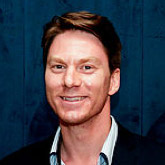 Jérôme Payette has been General Manager of APEM since June 2015. As a musician and manager, he holds a Bachelor’s degree in Jazz Performance, a Post-graduate diploma in Management of Cultural Organizations and a Master’s degree in Management with a thesis on cultural development. In 2014, he was sent by the Government of Quebec to UNESCO (Paris) to work at the Secretariat for the Diversity of Cultural Expressions. Previously, he was Director of Development for the Laval Symphony Orchestra.

Since 2010, Jérôme has carried out various consulting assignments in the cultural sector for ArtExpert, Torrentiel and to his account. He is involved with the Coalition for Cultural Diversity, the INIS Standing Committee on Mutual Training, the OCCQ Record and Performing Arts Advisory Committee, CAMI, ACCORD and the Coalition for a Canadian music policy.