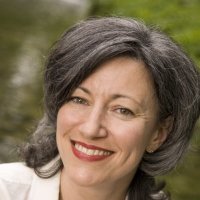 Solange Drouin holds a law degree and has been a member of the Quebec Bar since 1988. She joined ADISQ in 1992 and, since 1995, has held the position of Executive Director. Since 1999, she has also been Vice President of Public Affairs for this organization.

She also serves as co-president of the Canadian Coalition for Cultural Diversity and has served on the board of directors of the International Federation of Coalitions for Cultural Diversity. She has also been President of the Discography and Performing Arts Committee of the Observatory of Culture and Communications since its foundation and chair of its advisory committee.

At the same time, from 1995 to June 2001, Solange Drouin also held the position of Executive Director of the Society for the Collective Management for the Rights of Producers of Phonograms and Videograms in Quebec. In addition, she was a member of the Board of Directors of the Quebec Council of Human Resources in Culture.

She has also served on the Board of Directors of the Neighboring Rights Collective of Canada and the Canadian Private Copying Collective as Vice-President.