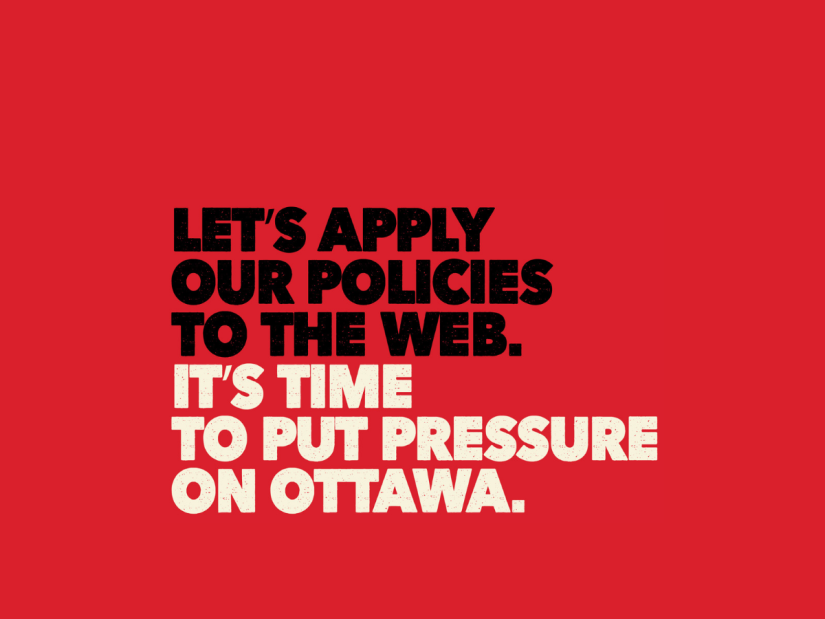 About twenty cultural organizations that are members of the Coalition for the Diversity of Cultural Expressions, representing authors, artists, creators, professionals and cultural entrepreneurs in Canada and Quebec, are co-signatories of this open letter.

Canadians are increasingly consuming their music, videos, news and books through the Internet and on international streaming platforms. In less than a generation, these services have become essential. That’s not surprising. For about $10 a month, we get access to millions of songs. For an extra $10, we get hours of television or movie entertainment. It has never been easier to take your library with you to access an unlimited number of new titles.

Unlimited, instant and universal content, for which we pay very little. What’s the problem?

Well, digital has not only transformed the ways in which cultural content is accessed, it has also disrupted cultural economy without adapting the rules of the game.

In the music industry, according to figures from the Québec Association for the Recording, Concert and Video Industries, it is now necessary for an album to earn 30 million online streams to be profitable, compared to just 15,000 physical copies sold. A member of the Society of Composers, Authors and Music Publishers of Canada (SOCAN), who received royalties in 2018 received on average only $54 from digital sources.

Streaming or video platforms such as Netflix and Spotify, most of which are foreign, have no obligation to promote and finance Canadian cultural content, unlike local radio and television stations, retailers and cable operators. The same is true for Internet access and mobile telephone providers, which are experiencing revenue growth and profit margins exceeding 38%.

In the past, Canada successfully adopted policies to protect culture and foster the development of rich and diverse local cultural ecosystems. These policies are no longer appropriate in the current digital environment and are no longer sufficient to promote our culture or generate sufficient income for artists, authors, creators, producers, cultural professionals and entrepreneurs. While the government has launched several consultations and begun to review fundamental laws for the cultural sector, the next mandate must be one of action. To ensure this, we are launching a Canada-wide campaign today.

It is still possible to take action to save our culture. Let’s follow the example of the European Union, where many reforms have been adopted in recent years. They now allow States to protect copyright in the digital environment, collect royalties and set quotas for European and national content on platforms.

We want each of the federal parties’ candidates to be aware of the issues that have shaken the sector for several years and to commit to taking prompt action to ensure that our policies apply to the Web. Our culture must be adequately and equitably funded by all parties who benefit from it. Our companies must have the means to support quality production. Our artists and creators must be able to make a living from their art and work. Our culture must be visible online. We must maintain this ability to understand who we are through our culture and share it with others. Because it’s also our identity at stake.

Our culture is under a high-speed threat. Let’s act… faster! #SaveOurCulture

Our culture is under a high-speed threat and it’s time to act!